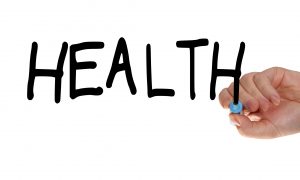 As you change your lifestyle habits and opt for healthier food and drink options, there may be gray areas confusing you as to whether or not diet products are safe– specifically diet soda. So can your favorite no-calorie diet drink help you lose weight? In short, the answer is no.

A Purdue researcher suggests that health officials should urge diet soda consumers to avoid the drink just as they do with regular soda. Warning labels should be expanded to include limiting the intake of all sweeteners, including the infamous no-calorie sweeteners1, said Susan E. Swithers, Ph.D., a professor of psychological sciences and a behavioral neuroscientist at Purdue.

The issue with diet soft drinks primarily concerns the use of artificial sweeteners that confuse the body’s natural ability to manage calories based on tasting sweets. People who consume artificial sweeteners are twice as likely to develop metabolic syndrome, according to the Purdue report2.

But did you know that diet soda is also the culprit behind various other health issues such as depression, kidney damage, diabetes, cardiovascular disease, lung issues, and poor brain health?

Depression – A study3 conducted by Honglei Chen, MD, Ph.D., with the National Institutes of Health in Research Triangle Park stated that drinking more than four cans of soda a day is linked to a 30 percent higher risk of depression. The risk was significantly higher for people who drank diet soda.

Also, artificial sweeteners may interfere with the body’s gut-brain connection. This can inevitably lead to metabolic disorders.

Cardiovascular Disease – Researchers from the University of Miami and Columbia University studied more than 2,000 adults for ten years and found that those who drank diet soda daily were at a higher risk of a stroke or heart attack. They were also more likely to die from cardiovascular disease. The increased risk remained even when researchers adjusted for smoking, exercise, weight, sodium intake, high cholesterol, and other contributing factors.

Compromised Lungs – COPD symptoms and asthma can develop as a result of drinking soda and diet soda. An Australian study found that 13.3 percent of participants with asthma and 15.6 percent of those with COPD drank more than two cups of soda a day.