The findings are not the first linking diabetes with impaired cognitive functions, but they’re some of the clearest yet showing blood sugar isn’t just a marker of our dietary health – it’s also a telling predictor of how our brains may cope as we get older.

The researchers sourced their data from the English Longitudinal Study of Ageing, an ongoing assessment of the health of a representative sample of the English population aged 50 and older, which began in in 2002*.

In addition, the researchers monitored participants’ levels of HbA1c, aka glycated haemoglobin, a measure of blood sugar control over time.

While all of the participants showed some level of cognitive decline over the course of the assessment due to simply getting older, the researchers found those with greater levels of HbA1c experienced a steepened rate of decline, tracked by tests measuring their cognitive, memory, and executive function abilities. 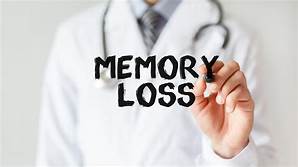 What the researchers found is that the associated rate of cognitive decline isn’t limited to just those who are diabetic, but to higher HbA1c counts generally.

“One strength of this large study is that it followed people over time to show a faster decline in memory and thinking in those with poorer blood sugar control,” says Alzheimer’s Research UK’s Chief Scientific Officer, David Reynolds.

It’s becoming clearer that none of us, diabetic or otherwise, should assume diets high in sugar are necessarily harmless to both body and mind.

“Just because you don’t have type 2 diabetes doesn’t mean you can eat whatever carbs you want,” epidemiologist Rosebud Roberts from the Mayo Clinic, who wasn’t involved in the study, told The Atlantic.

“Especially if you’re not active. [What we eat is] a big factor in maintaining control of our destiny.”

*The findings are reported in Diabetologia.