Side Effects of Chiropractic vs. Medications for Headaches 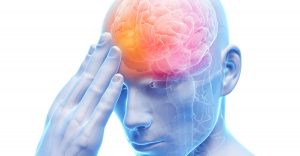 Have you ever stopped and wondered, “…which type of doctor should I go to for treatment of my headaches?” In order to make an informed decision, it is appropriate to look at the side effects each treatment option carries and then consider the pros and cons of each treatment.

It has been reported that 45 million Americans suffer from headaches, many on a daily basis. Though some just put up with the pain, others become totally disabled during the headache. Most people initially turn to an over the counter drug such as a non-steroidal anti-inflammatory drug (NSAID) of which there are 3 types: 1) salicylates, such as aspirin; 2) traditional NSAIDs, such as Advil (ibuprofen), Aleve (naproxen); and, 3) COX-2 selective inhibitors, such as Celebrex.

According to the medical review board of About.com, complications of NSAID drugs include stomach irritation (gastritis, ulcer), bleeding tendencies, kidney failure, and liver dysfunction. Some NSAIDs (particularly indomethacin) can interfere with other medications used to control high blood pressure and cardiac failure and long term use of NSAIDs may actually hasten joint cartilage loss, leading to premature arthritis. Another over the counter commonly used drug is Tylenol (Acetaminophen) in which liver toxicity can be a potential side effect (particularly with long term use).

Here’s the kicker – only about 60% of patients respond to a 3 week trial of an NSAID, NSAIDs can mask signs and symptoms of infection, it cannot be predicted which NSAID will work best, and no single NSAID has been proven to be superior over others for pain relief. Moreover, estimates of death associated with NSAID (mostly gastrointestinal causes) range between 3200 on the low side to higher than 16,500 deaths per year in the United States. Another BIG concern is that low daily doses of aspirin, “…clearly have the potential to cause GI injury as 10mg of aspirin daily causes gastric ulcers.”

Others may turn to prescription medication for hopeful pain relief. One of the more frequently prescribed medications for headaches is amitriptyline (commonly known as Elavil, Endep, or Amitrol). This is actually an antidepressant but was found to work quite well for some headache sufferers. The potential side effects include blurred vision, change in sexual desire or ability, constipation or diarrhea, dizziness, drowsiness, dry mouth, headache (ironically), appetite loss, nausea, tiredness, trouble sleeping, tremors and weakness. Allergic reactions such as rash, hives, itching, difficulty breathing, tightness in the chest, swelling of the mouth, face, lips or tongue, chest pain, rapid and/or irregular heart rate, confusion, delusions, suicidal thoughts or actions AND MORE are reported.

The pros and cons of chiropractic include a report on children under 3 years of age, where only one reaction for every 749 adjustments (manipulations) occurred (it was crying, NO serious side effects were reported). In adults, transient soreness may occur. Though stroke has been reported as a cause of headache, it was concluded that stroke “…is a very rare event…”, and that, “…we found no evidence of excess risk of VBA stroke associated chiropractic care compared to primary care.” Another convincing study reported that chiropractic was 57% more effective than drug therapy in reducing headache and migraine pain! They concluded – chiropractic first, drugs second and surgery last.

Our office in Redondo Beach, CA has been helping the residents of Hermosa Beach, Manhattan Beach, Redondo Beach, El Segundo, Torrance, Palos Verdes and other nearby cities experience the amazing benefits of chiropractic and wellness so they can enjoy life and health once again without drugs and surgery.