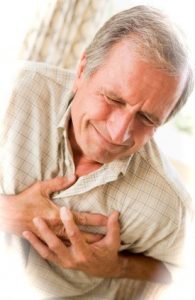 Heart disease is the number ONE KILLER in the U.S., accounting for more than 40 per cent of all deaths.

Each year approximately 1.25 MILLION Americans suffer a heart attack or myocardial infarction (MI); more than 400,000 of them DIE as a result of this.

Most of these deaths occur soon after the onset of symptoms and well before victims are admitted to a hospital.

Every single one of those heart attacks is a terrible tragedy, as it could have been avoided.

So many people DIE needlessly because of wrong, weak, and practically worthless information from the government, physicians, dietitians, and even health authorities such as the American Heart Association according to Dr. John Fuhrman, M.D.

Conventional guidelines are simply insufficient to offer real protection against heart disease. If you are an American over the age of forty, your chance of having atherosclerosis (hardening) of your blood vessels is over 95 per cent. You may think “Heart disease won’t happen to me.”

But I have news for you: it has already happened, and your chance of dying from a heart attack because of your artherosclerosis is about 40 per cent. Your exercise program and your Americanized low-fat diet won’t help you much, either. You need to do more. That’s why it’s important that you use Pro-Argi~9. It’s a revolutionary product that can help you avoid heart attacks. Get more information at the front desk.