Much of the research on whiplash injuries over the last few years has focused on the ligaments of the spine as the source of chronic pain and loss of function. Ligament injuries are problematic for two reasons: first, such injuries can be impossible to detect using plain x-rays or CT scans; and, second, torn ligaments can cause permanent disability if untreated.

A 2004 study1 found that the transverse ligament could be injured from rear-end collisions. A new study2 from Norway adds some exciting new insight to the nature of ligament injuries from auto collisions, and provides some new information on the role of head position at the time of the collision.

Previous researchers have found that head position can be an important risk factor in whiplash; patients who have their heads turned at the moment of the crash are much more likely to be injured. This is due to the fact that combined extension of the neck with rotation places severe strains on the ligaments of the spine. 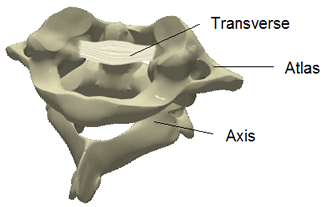 The authors found significant differences between the whiplash patients and control subjects:

This study provides some very important findings relevant for those who represent whiplash injury patients:

The authors conclude their study, “the difference in MRI-verified lesions between [whiplash] patients and control persons, and in particular the association with head position and impact direction at the time of the accident, indicate that these lesions are caused by the whiplash trauma.”