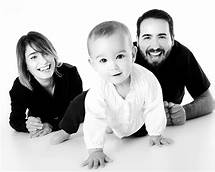 I’ve had a flyer very similar to this before, but kids are important, I’m going to discuss colic again. Colic is defined as inconsolable crying in an infant for as least three hours a day, at least three days a week, for at least three weeks. I think I forgot this after all my schooling but I wanted to share this with you as I feel it’s important to all children.

A colicky baby typically presents with a loud piercing cry, flexed legs, tensed abdominal muscles, and clenched fingers. You might want to take your child to a pediatrician if this happens, but what about bringing them in for a checkup for a spinal problem?

Colic typically starts around three weeks of age and lasts until around three months but sometimes lasts for as long as six months. Approximately 10-20% of babies are affected by colic. That’s a lot of colic. Medical doctors diagnose colic based on the previously mentioned “Rule of 3” and AFTER, ruling out diseases that may make a baby cry uncontrollably.

The stress and frustration of trying to soothe a colicky baby may interfere with mother-baby bonding and can increase the risk of postpartum depression in the mother. In addition, colicky babies are more likely to be victims of child abuse and shaken baby syndrome. Despite the research done on colic there is no known cause, which can make treatment difficult. Here’s the good part. Chiropractic care has shown some of the best results, with 94% of colicky babies demonstrating improvement with chiropractic adjustments.

Research on chiropractic care and colic has shown significant benefits over other treatments such as dietary changes, medication, and infant positioning. A randomized clinical trial published in 1999 in the Journal of Manipulative and Physiological Therapeutics found that “Spinal manipulation is effective in relieving infantile colic”. For this study the researchers randomly assigned infants diagnosed with colic into two groups. One group received chiropractic care for two weeks and the other group was given the anti-gas medication dimethicone for two weeks. The babies in the chiropractic group showed a 67% decrease in crying while the babies on medication showed a 38% decrease in crying.

Another study with 316 children also showed significant improvement in colic in response to chiropractic care. This prospective study used diaries from mothers of colicky babies to track the amount of crying. The three month long study showed a “satisfactory result of spinal manipulative therapy in 94% of the cases”. The improvements occurred after an average of only three adjustments within two weeks.